About a week ago, I learned that a pic I submitted to this event was chosen as a finalist.

Imagine my surprise yesterday when I opened one of my regular morning blogs, and saw it featured in their announcement.

The blogger makes a good point about the number of finalists, and we will have to see if the honor is diluted by such a large number-kind of like a little league softball team that has to give a trophy to every kid so their helicopter parents don’t get their tailfeathers in a tizzy.

Just the same, it is a kick to see my photo pop up unexpectedly. 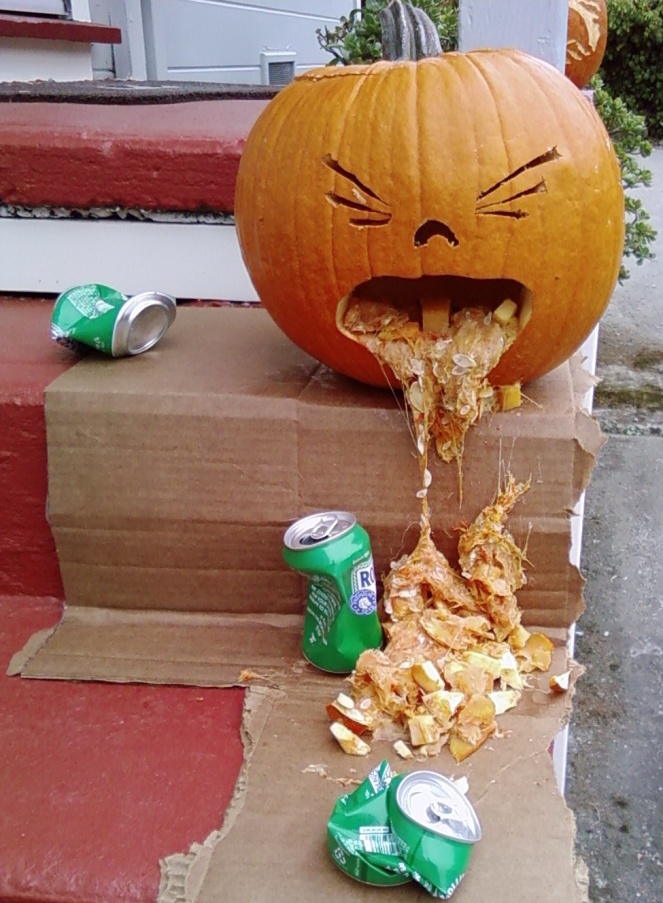 There is something about that little bit of theater when you see people in costumes-they are willing to have a little fun, and we (the observer gets a slight suspension of reality when we are standing behind someone dressed as a hamburger while in line at the bank.

And what better day to be a kid!

I don’t think I am being nostalgic when I say Halloween ain’t what it used to be. Everybody knows you need darkness for the spooks and hobgoblins, but modern parents are so freaked out, they take the kids out at dusk-where’s the spookiness in that?

We used to take a lot of effort to make out own costumes. I was always a hobo, so my mother sewed patches on some old clothes, and drew a beard on my face with a cork that she charred on the stove burner. The popular image of a hobo was that he carried his worldly possessions bundled up in a fabric ball that was tied to the end of a stick, so I stuffed a towel with newspapers, and tied it to the end of a piece of broomstick. It was also a good place to hide my cigarettes from my parents.

Now every costume and every decoration is just a product, every house has the same sparkly skulls, and the same tombstones.

Does anybody have a curmudgeon costume I can borrow?

Skeletons I have known- 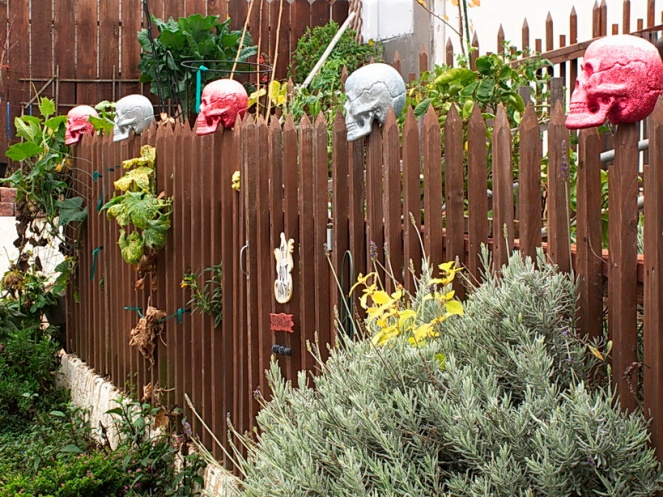 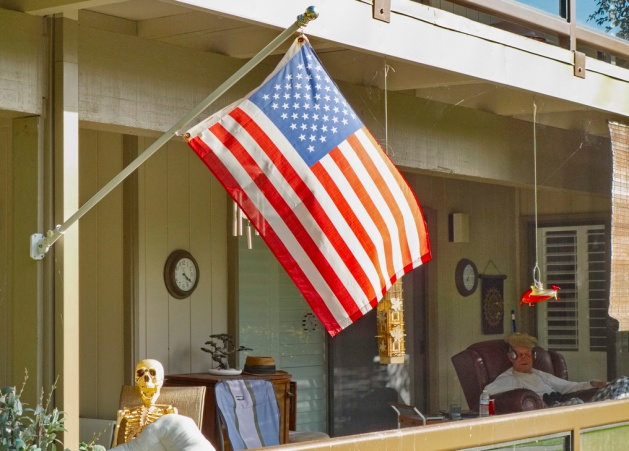 I just read the text by Liese Ricketts  accompanying her photo essay about this same subject.

She says it better than I do-

“At Halloween, we dressed up in homemade outfits and walked around the neighborhood collecting candy and pennies in old brown paper bags. We just didn’t talk to strangers. …………..Grownups have hijacked Halloween, decorating their modest homes with the stuff of nightmares. For about a week before the holiday, I walk around and find, not the innocuous black cat or smiley witch of old, but tended lawns transformed into scenes of vicious savagery, toxic violence, and wanton gore. Police patrol the streets and set the curfew for 7 pm.