Lately, I’ve been thinking about where I want to go photographically, and where photography seems so be going in general, and as I look around at the current state of things, I’m feeling outnumbered.

I love the conversation of photography, getting different viewpoints and opinions about both process and imaging. In the 1970s, I learned photography by consuming all I could find, both at the Library and the newsstand. I love books, but magazines offered fresh information each month, the letters to the editor could offer expansion on a thought, and also offered the constructive disagreement and counterpoint that every dialogue needs.

A few years back, I joined a local camera club, and saw some good photography, but they have a pretty structured meeting format that revolves around judged competitions. Even on the evenings where there was no judging, the discussion seldom reached genuine critique, but tended to often be technical (rule of thirds, leading lines), or overly polite (“I like the red barn up in the corner”). They didn’t really have much to say about this- 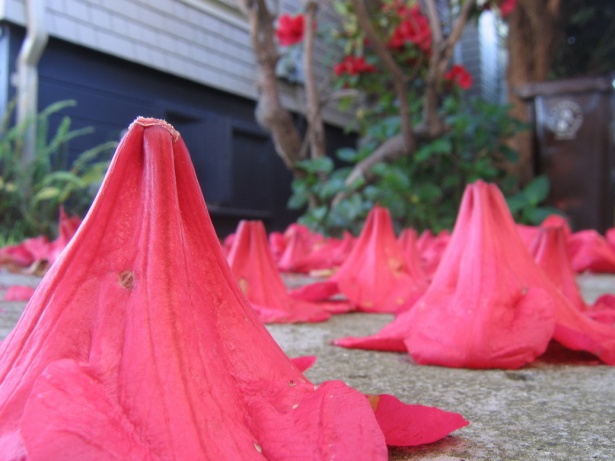 My sense was that they appreciated the images, they just didn’t know what to say about them.

I had a hankering to try my hand at printing, so I enrolled in a class offered through a community college Art Department. Each session was partially devoted to lecture, but there was also a critique component where participants hung prints on the wall for group discussion. This was the dialogue I was looking for-some of the work was practical and technical, some was conceptual, political, or emotional, as were the comments of my fellow classmates. Overall, I found it enriching.

However, colleges are goal oriented, they won’t let you repeat the same class for you own enrichment, and subsequent classes were taught by someone whose interests were more arty and conceptual. Although we did some very helpful exercises, there were no critique sessions-only projected work with limited time for artist comments, and even less time for the audience to speak up.

This past Spring, I took a critique class at Rayko, our dear departed San Francisco area photo hangout. The instructor, J. John Priola*, was a bright, energetic guy, who did a great job of keeping the conversation going with each student and on many different levels. It was the best!

But when I showed my work, they insisted on finding a common thread, or an inner meaning.

I don’t see my work that way, at all. As I look through my photographs I see some common elements, but I don’t go out shooting with the concept or a goal in mind, and as a rule, I don’t do projects. Usually, I see something that looks interesting, instinct tells me it might make a good photograph, and I do my best to photograph it the way I see it.

Occasionally, I get it right.

The common thread only comes over time, because it all reflects my view of the world. I know that some of it has an audience of one, but even that is OK (to a point).

So, where do you find the dialogue today? Website comments would seem to be the natural place, but with few exceptions (The Online Photographer**), I haven’t seen it. Many comments on sites like Flickr seem to resemble those of the camera club (nice capture!!)-so many of the participant just seem to be trolling for “likes”. Then there are the arguments where a participant gets contradicted by the next commenter, someone jumps in to defend the first guy, then someone else jumps in to defend the second guy, and it turns into a free for all that totally hijacks the conversation. There might be some constructive criticism somewhere down the line, but who wants to wade through all that nonsense and bickering?

This DP Review article illustrates what I am trying to say-

I have noticed that a few photographers have turned off “comments”, presumably for this reason.

Those guys may have passed, but somewhere, at this minute, somebody is doing something that can excite us, they can make us learn something new about our craft, and perhaps about ourselves. Are they hanging out in Art School? Online chat rooms?

Where do they hang out, how can we meet them, and get to talk to them?