George Barris, the ” King of the Kustomizers” died over the weekend.

As mentioned, the “off the rack” cars I grew up with were visual delights-everybody was bending sheetmetal in some crazy ways 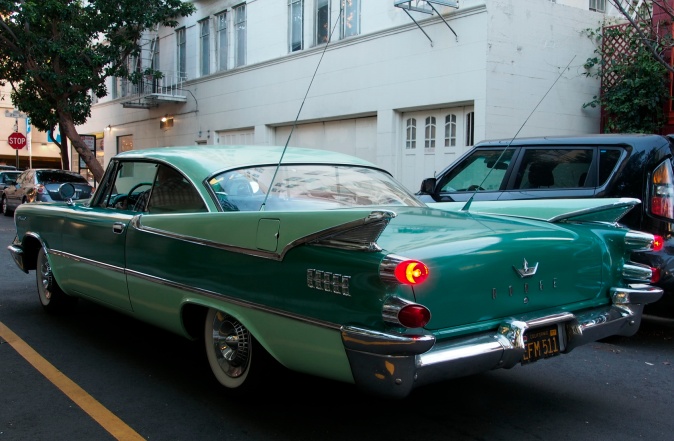 Stylization of the American automobile was such a strong part of our culture, that the Fisher Body Division of General Motors had an annual design contest for aspiring young customizers

I don’t remember many details, but I remember seeing photos of these teenage kids working alongside the FB design team sculpting some pretty sophisticated models (perhaps 25% scale) in clay.

But the flip side of my teenage automotive world, the guys that kept us talking, and buying those magazines were the hot rodders -they were the hackers of our day.

Every year, the car shows would come through town, and while Detroit was well represented, we loved going to see what wild contraptions these automotive alchemists were building.

Basically the two factions were the speed/power guys, and the body workers (and I don’t mean that in a Schwarzenegger kind of way). The pure speed group gave us drag racing and muscle cars

and there was an elegance to that type of engineering and mechanical sense, but often what really mattered there was under the hood hidden from view, and let’s face it, camshafts and exhaust manifolds are not sexy.

These folks were visual artists, they were the ones who could make you stop and turn your head. Who was better equipped to bring our comic book/car mania/TV pop culture together than guys like George Barris and Ed “Big Daddy” Roth, these guys were the rock stars of the hot rod world. 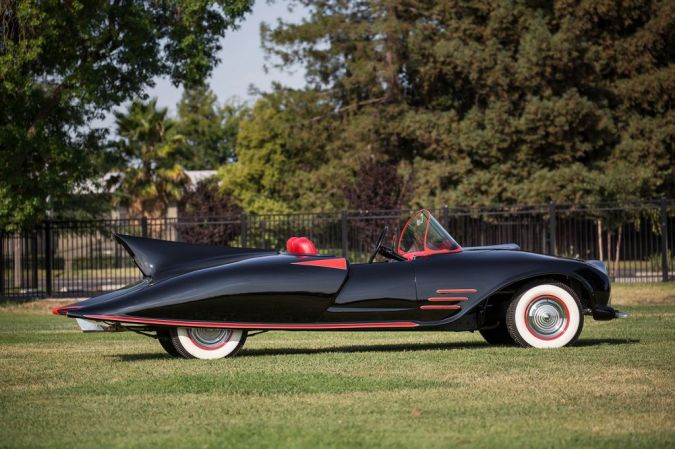 he did build the one used in the campy Batman TV series of the mid 1960s. As a kid, I devoured Superman and Batman comics, and while Clark Kent drove around in a mousy Nash (I guess this was to add to his Clark Kent disguise), Batman was making an automotive statement-

Holy shit, Batman, that is one set of wheels!

My friend Gary and I loved that show. We started speaking with those Robin exclamations, and he even started using the word “BAT” in the place of “back, bag”, and other words starting with “ba”.

Among his other accomplishments, George Barris designed cars for several other TV shows and celebrities.

Ed’s logo was the Rat Fink** 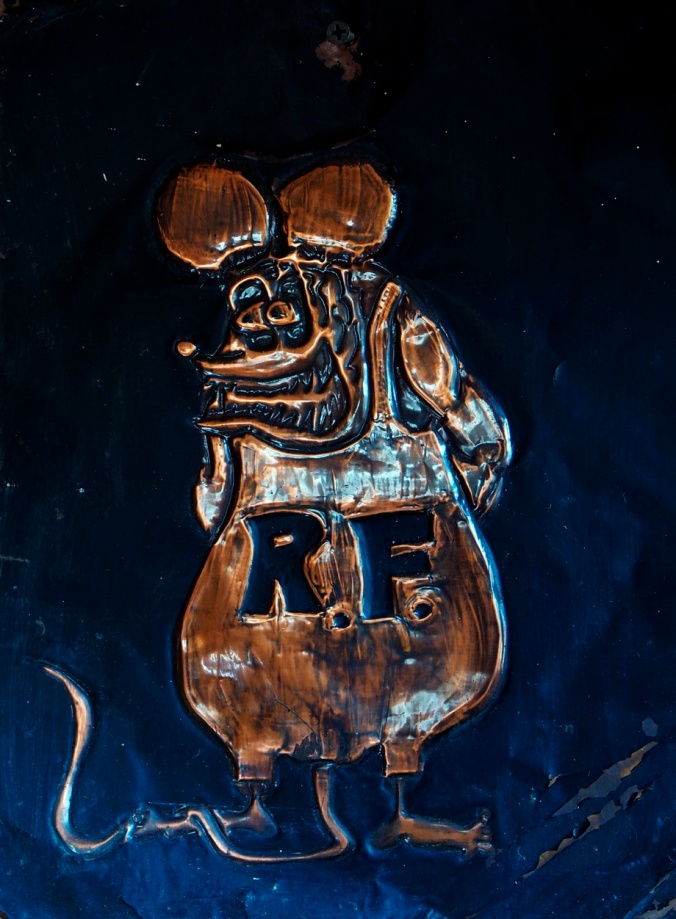 Customization probably wasn’t invented in the post WWII era, but like rock and roll, the pop culture of the day helped it to spread like wildfire.

Is it human nature, or narcissism that makes us want to personalize things? 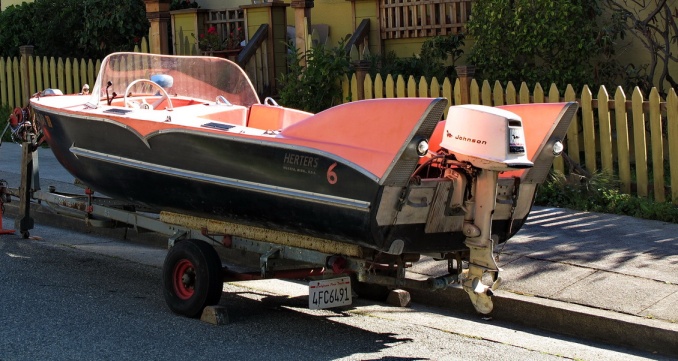 In the mid 1980s, I was living in Indianapolis, and I frequently saw a very unusual car parked in front of a tavern that I passed at the end of the day, on my way home. The body of this car was made of small metal plates that were shaped over the frame, and riveted together, in much the same way that airplane skins seem to be applied (remember Leonard Di Caprio rubbing his hands over the body seams in “AVIATOR””?).

There was nothing flashy or sculptural about this auto, but the diligence and determination one man took to build it was impressive.

One time, my friend Jim and I went into the bar, and found the owner of this car sitting on stool. We ordered a beer, and in the course of our conversation, he turned to us and with neither irony nor conceit said, “It’s a custom car”.

Every May, the City of Indianapolis is loaded with automotive events leading up ti the Indianapolis 500 Memorial Day Classic race. One year, the Herron School of Art had a gallery show featuring “custom cars”, and as I recall, there were 10-12 cars from around the country, including this car, and the Volkswagen Beetle that had a real, growing lawn over the hood and roof. These were not trophy cars, I believe every one of them drove there under their own power.

“Art Cars” are more prevelent now, and you see them pretty often around around Berkeley these days, but they don’t seem to be the product of creativity, vision, and craft-they come off as just vehicles that have been decorated by attention junkies who have a glue gun and too much time on their hands. I guess this is personalization in the same manner you stretch out holes in your earlobes or buy a Taupe colored skin for your ipad,

So George is gone.

I would give anything to see that funeral procession.